I'm taking a mid-week minute to post some fun information regarding my friends at Make Mine Pink. Please join us for a shop and blog "hop" from April 21 through May 10th! You know it's going to be fun and the bunnies will enjoy hopping from shop to shop and blog to blog.

In addition to all the "hopping around," today we'll be sharing a favorite recipe (see below). On Monday, April 28 we'll have a Mother's day gift guide. On Thursday, May 1st there will be a celebration with flowers and May baskets and on Monday May 5th, we'll be having a special Spring giveaway. Oooooo, don't ya just love a giveaway!!!

Please join us at http://www.makeminepink.com/ for this fun event. Do something special for yourself. Heck, spend some of your tax refund!! Shopping on the internet saves gas!! Also, you help support a wonderful, fabulous, fun group of women in business!

STRAWBERRY ALMOND CAKE: This recipe is from a Create and Decorate Magazine and is from a lady named Lyn Stade. I don't know her, but I love her. This cake is easy and everyone loves it! Thanks for sharing Lyn!

This week I wanted to share the pictures of the finished parade house. We won first place in our price category and then to our surprise, we won best in show out of the 58 houses in the parade. We are still in shock and so darn excited we can't hardly stand ourselves! If you read my earlier post "you just gotta laugh," you remember all the crazy things that happened when I was trying to get this house finished. So, to win best in show is such an honor.
Have a great week.
Hugs,
Shell
This week IGF the fact that hard work does pay off and the fact that I'm halfway through my 19 days straight of working and my art retreat is closer.
at April 21, 2008 15 comments:

Only That Which Matters 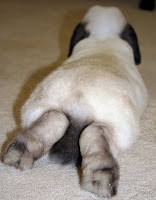 What a perfect weekend. The sky was blue, the air was warm and I had time to clean, organize and weed out. Oh I just love a clean house. It makes me feel so good and refreshed. I do, well I should say, David has some serious nail holes to patch, but it's really not that bad. David says the walls are going to fall down from all the nail holes, but it really isn't that bad.

I went through the house like I do every year giving it a good cleaning. Every year I'm amazed at how much stuff accumulates. Stuff, stuff and more stuff. Stuff that people gave me, stuff I bought, stuff that I'm thinking, "why in the world did I buy that?" Upon looking around I saw my favorite, favorite things that I have had for years or that someone has made for me. Things that I would never be able to part with. Things that I would want to take to the nursing home. With this in mind I decided that I'm going to keep "only that which matters." I took down all the pictures that were just "fillers." I packed up all the nick knacks who's only purpose was to collect dust. I rearranged things so that now "only that which matters" is there for me to enjoy every day. David really loves it as he hates clutter too. However, he's still grumbling about the walls falling down from nail holes. It really isn't that bad.

By doing this, I feel like my mind has been uncluttered. I've simplified things so I don't get so anxious about all the stuff that needs to be cleaned. I will now have more time to spend with the real bunnies instead of worrying about the dust bunnies. In fact, I spent the whole day Sunday in my studio. I sewed and created something really fun (more on that later) and smooched and kissed and took photos of my sweet little fuzzy kids. As you can see from the photos, Razzy and Chloe were very happy to spend the day with me even if they did take naps.

Enjoy your week, do a little Spring cleaning, or just take a nap and enjoy doing "only that which matters."

This week I am grateful for napping bunnies and the fresh mulch in the flower beds (it's so pretty). 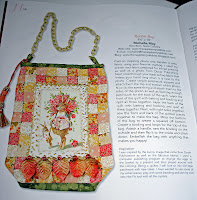 What kinda title is that for a blog post? I can hear all of you asking that question. As well as, "how much wine has she had?" Well, my sister and my nieces and nephew came for a visit this weekend. As a special treat, I took them the see Horton Hears a Whoo at the movie theater. During this one part there is this adorable little character that is fat, round, and has big eyes with a sweet toothy grin. She says, "In my world there's ponies and they eat rainbows and poop butterflies." I was quite impressed at how many adults in the theater knew this line and said it out loud. Could we all be searching for the utopia of eating rainbows and pooping butterflies? Hmmm. Could be. Needless to say, I laughed and laughed and have continued to share this happy little statement with everyone. Of course, the kids find it very funny that auntie thinks it's funny and they proceed to say it while eating their breakfast the next morning. As for me, the auntie, lets just pray that those rainbows have some fiber in them. Constipation of butterflies might be quite painful no matter how soft their wings are. (have I scared you yet?)

So anyway, the movie really was wonderful and being the total artsy geek that I am, I got lost in all the wonderful colors, animation, imagination and pure fantasy. I actually started designing things in my head that I could make with fabric. Lot's of artist get their inspiration from nature. All of my inspiration comes from people. Someone can say something and it makes me think of it in 3D. I love hearing about artists and how they came to create the art they do. I love to look at works of other artist, not to copy them, but to get inspiration to create something of my own.

Above is my bunny bag, which I am honored to say has been published in Haute Handbags magazine which is in the bookstore now. I still can't believe my little bag is in there and got a full page. I'm so darn excited! Dreams really do come true and worlds can be created by our thoughts. I bet we can even eat rainbows and poop butterflies if we just imagine it.

Have a fabulous week, oh, and I turned the music off the autostart. It's still there if you want to turn it on and listen to what I'm listening to. If not, enjoy the silence.

This week I'm grateful for three things: My niece, Laura, my niece Noelle and my nephew, Jonathan. Auntie loves you all dearly!
at April 07, 2008 No comments:

Hello dear friend. I know it's been a month, but I do hope this note finds you well in this strange new world we are living in. I have... 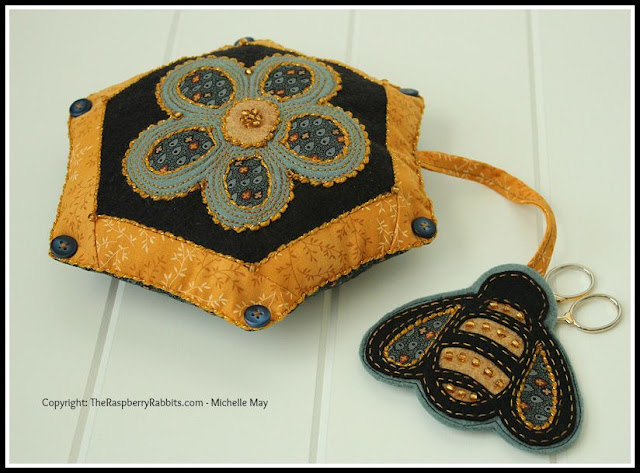